Championing the sustainability and cost-effectiveness of repair over replacement. 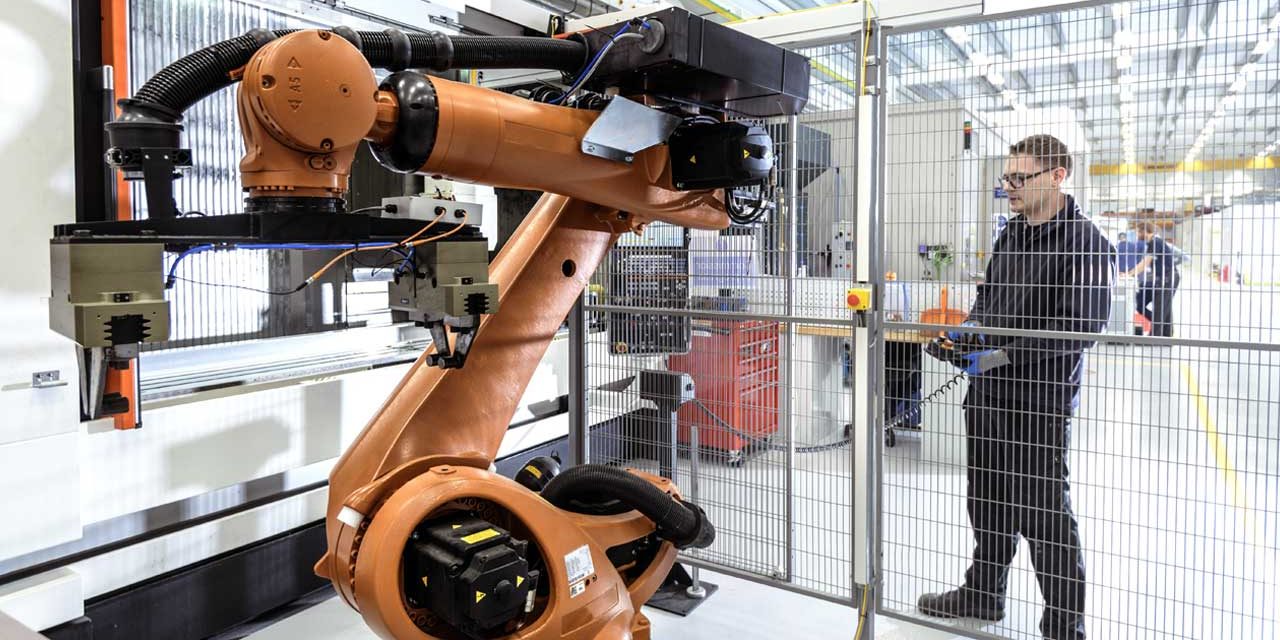 Since 2016, one of the world’s top 10 largest LCD and AMOLED panel manufacturers that we will refer to as TG Optronics in Southeast Asia has been investing time and effort into finding a new, long-term solution for a regular electronic problem they were experiencing in their assembly line robotic equipment.

TG Optronics had found itself having to obtain costly electronic part replacements since 2013. Since then, however, the company has transformed from not having any in-house electronic repair facilities, to having 8 dedicated repair stations across their numerous factories – with 2 more to open soon. This massive development in their strategy to resolve electronic faults in-house has saved them unimaginable amounts of money and significantly reduced machine downtime, with the added benefit of helping the company become more sustainable and shrink its E-Waste footprint.

Before TG Optronics became ‘Repair, Don’t Waste’ advocates, they faced numerous challenges whilst trying to maintain the operation of hundreds of crucial servo motors or ‘robotic arm’ systems used in each plant. A servo motor is a closed-loop servomechanism that uses position feedback to control its motion and position. This machine is commonly found in industrial and commercial applications where complete accuracy and high levels of productive capacity are required. Its controller circuit board commands the position for the output shaft. In the more common AC servo motor, speed is determined by the frequency of the applied voltage and will withstand higher current, making it a versatile product that can be used across many industries. The lesser-used DC motor has a directly proportional speed. Both AC and DC motors are self-contained electrical devices that rotate sections of a machine with high efficiency and with precise control of any angle, position, and velocity.

Most people have never heard of the servo motor system; however, most will have heard of the robotic arm. The servo motor driver and controller boards are essential components to the robotic arm system, allowing it to function properly. Every joint of a mechanical robot has a servo motor; its importance in automated production cannot be understated. They are also commonly used in robotic vehicles, metal cutting and forming machines, and antenna positioning systems.

TG Optronics first began to experience problems with their servo controller boards and drivers in 2013, however, the manufacturer was still able to support them in replacing the vital controller. Yet just two years later, the parts for this specific controller ceased production, resulting in TG using a third-party repair company that was soon found to be unable to meet demand. Having significant disruption to production due to the delays, TG began sourcing used controllers and drivers from the grey market. Alas, there is no guaranteeing authenticity and quality of these grey market products, leading to further losses of the company’s time and money.

As the problems with the servo drivers and controllers began to increasingly affect productivity levels, TG realised that the only viable solution was to stop seeking replacements and outsourcing the repair work. After being disappointed so many times by external influences, TG moved to invest in their own repair facilities and equip them with specialist test and measurement equipment BoardMaster and trained technicians.

Despite being an industry giant, businesses such as TG Optronics clearly benefit from the ‘Repair, Don’t Waste’ approach. Their timely and costly problem has been solved by investing in the BoardMaster equipment that has been customised to their specific needs, and by investing in training their engineers to get optimal results from the in-house repair facilities. But the Repair Don’t Waste approach does more than just solve specific problems – it can transform companies into sustainability leaders.

Car giant Renault has reported savings of 1 million USD in just 18 months following their investment in just a 2-person electronic repair lab at a Latin American assembly line. The centre was established to support the production soldering robots, which soon saw gains in productivity as the assembly line was more readily supported and had less downtime. By investing in diagnostic and reverse engineering products from ABI Electronics, the repair engineers were able to create comprehensive, predictive, and corrective maintenance programmes. These programmes increased machine uptime, reduced the stock of spare parts and E-waste. This hands-on approach also reduced Renault’s reliance on the manufacturer of the robots to provide support and replacements; something that is increasingly difficult to access as machines get older and replaced with new ‘upgrades’.

Drivers and controller boards such as the one shown below are widely applied in the production of robotics, pharmaceuticals, food production, in-line manufacturing, and other industrial applications, where high repetitions and high precision are required. The scope of this technology extends far beyond production lines; they are employed by militaries around the world for handling explosives and flying drones and airplanes, the automotive sector, and manufacturers of high-end electronic goods such as Yamaha, Fuji, Siemens, Mitsubishi Electric, to name a few. As shown by TG’s experience, maintenance problems are virtually unavoidable, and companies often do not have the most successful and reliable solution at hand. With planned obsolescence, part shortages, and supply chain issues becoming more prevalent in recent years, the adoption of in-house repair facilities can at the very least alleviate, and at best eliminate, these 21st-century issues that modern organisations face.

TG’s struggles with their electronic maintenance are common, however, their successful solution over the past 8 years is still unrecognised by many companies. By developing in-house repair solutions and employing specialist test and measurement equipment to be used by trained staff, TG has defied the all-too-common attitude of ‘waste and replace’. Not only are they actively combatting planned machine obsolescence and supply chain issues, but TG Optronics is also saving money, time, and the environment in the process. The massive investment they have made in the ‘Repair, Don’t Waste’ attitude over the past 8 years is a true testament to our belief that repair is a working model that can and should be used by companies of all sizes, in all industries.

A practical solution for mining and steel industries to offset their carbon emissions.
1 February 2023

Updates from the #RepairDontWaste community.

I am a firm believer that real sustainability is not only achieved by producing energy with renewable means but also by extending the life cycle of the very components that generate that green electricity!

We are able to diagnose and repair over 90% of the circuit boards from modern locomotives. Programmed devices rarely cause us issues as they are usually well protected by other components.

The losses from just one hour of any machine that is not in operation are a huge deal. Having the means to diagnose and repair it locally is key in times of component shortage and supply chain issues.

Repairing is investing in a greener future for our children. With the right equipment and training, you can repair anything.

I believe more than 95% of faulty boards can be repaired. Easily!
It is worth the effort when you take into consideration the rising costs of materials and extensive lead times.

Repairing electronic boards, complex or simple, will always be cheaper than buying a new one. It greatly reduces downtime too if you have the right tool for the job.

Ricardo RodriguesBesserdruck Owner
LEARN MORE
Go to Top
We use cookies on our website to give you the most relevant experience by remembering your preferences and repeat visits. By clicking “Accept All”, you consent to the use of ALL the cookies. However, you may visit "Cookie Settings" to provide a controlled consent.
Cookie SettingsAccept All
Manage consent

This website uses cookies to improve your experience while you navigate through the website. Out of these, the cookies that are categorized as necessary are stored on your browser as they are essential for the working of basic functionalities of the website. We also use third-party cookies that help us analyze and understand how you use this website. These cookies will be stored in your browser only with your consent. You also have the option to opt-out of these cookies. But opting out of some of these cookies may affect your browsing experience.
Necessary Always Enabled
Necessary cookies are absolutely essential for the website to function properly. These cookies ensure basic functionalities and security features of the website, anonymously.
Functional
Functional cookies help to perform certain functionalities like sharing the content of the website on social media platforms, collect feedbacks, and other third-party features.
Performance
Performance cookies are used to understand and analyze the key performance indexes of the website which helps in delivering a better user experience for the visitors.
Analytics
Analytical cookies are used to understand how visitors interact with the website. These cookies help provide information on metrics the number of visitors, bounce rate, traffic source, etc.
Advertisement
Advertisement cookies are used to provide visitors with relevant ads and marketing campaigns. These cookies track visitors across websites and collect information to provide customized ads.
Others
Other uncategorized cookies are those that are being analyzed and have not been classified into a category as yet.
SAVE & ACCEPT